North Hall Past and Present: A Virtual Tour 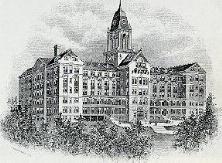 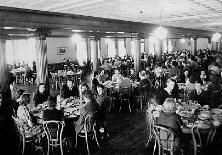 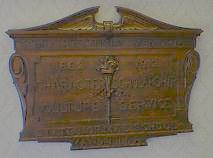 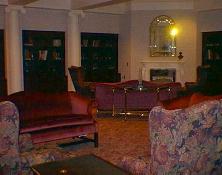 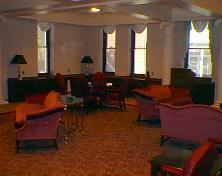 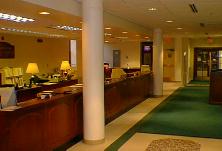 From a functional standpoint, the Library Service Desk is the key feature of the south wing of the second floor. This area handles the circulation of library materials. Among other things, you can check-out/return books, check on reserved items, get change, and pick up items you may have ordered via interlibrary loan.

We know none of you taking this tour will have to worry about doing so, but, if someone you know needs to pay a fine or fee, this can also be taken care of at the Library Service Desk. 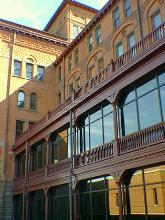 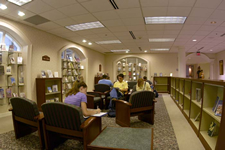 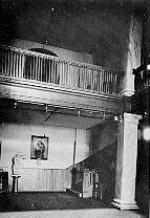 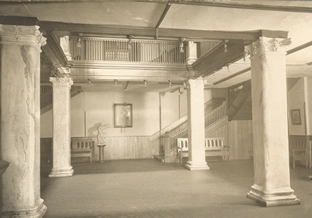 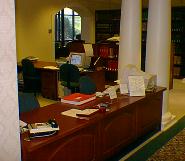 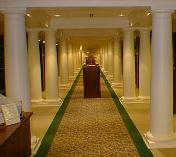 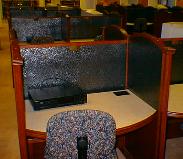 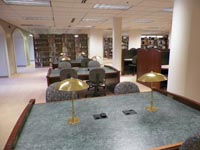 The juvenile book collection, and elementary and high school text books can all be found in this wing which is used heavily by students, particularly education majors. 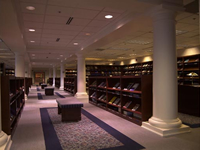 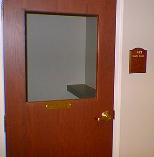 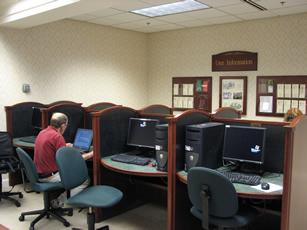 In today's information-rich world "access" not "ownership" is the key. To that end, the library offers computers, scanners, and laptops.